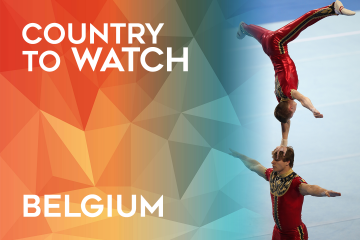 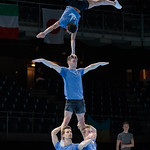 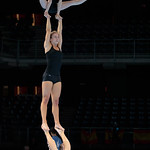 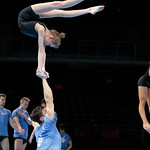 Belgium is hosting the World Championships in Antwerp. We like to introduce Team BELGYM in 'Country to Watch.'

The World Age Group Competitions are behind. Great Britain and Russia turned out to be the big winners. Now it's time for the real deal, the World Championships! The Belgian gymnasts are very excited to perform in their home country. Friends and family are coming to Antwerp to cheer for their champs.

The Belgium delegation consist out of 11 gymnasts and three coaches: Sergey Tretjakov, Hanse Lismonde and Irina Shadrina. In 2018 the gymnasts performed already at the two World Cups (Puurs and Maia). With a total of six medals, 5 gold and one silver, our gymnasts are ready to shine in Antwerp. 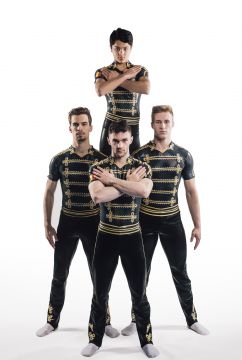 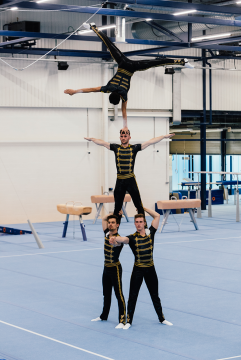 Our Men's group became 4th AA at the European Championships in 2017. At the first World Cup of 2018 in Puurs (BEL) they became second and at the last World Cup before Worlds in Maia (POR) they even made it to the first place! We are so excited to see the boys compete! 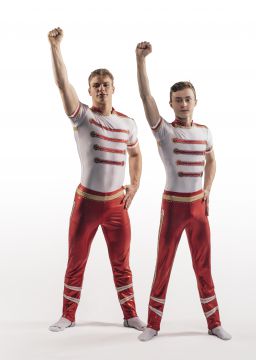 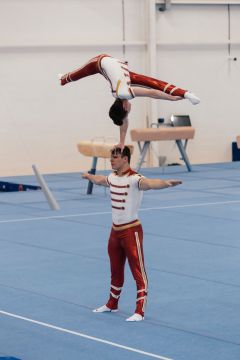 Our Men's pair Kilian & Robin are ready for Worlds! With many medals and titles in their pocket they have reached almost everything they ever wanted. They became European Champions in Dynamic in Poland 2017, took the bronze medal at the World Games in Poland and won the World Cup series 2017. The only thing missing is a medal at Worlds ... 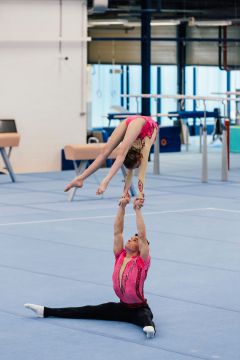 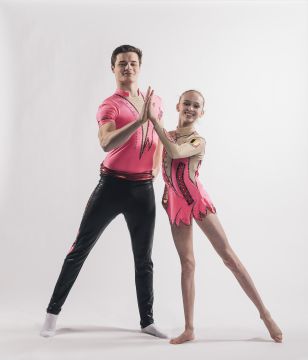 Our mixed pair Marte Snoeck en Bram Röttger competed as juniors in 2017. They became the European Champions in Poland in the Balance- and Dynamic-final. This year they made their senior debut. With a 4th place at the World Cup in Maia (POR) and Puurs (BEL) this team is looking forward to compete in Antwerp. 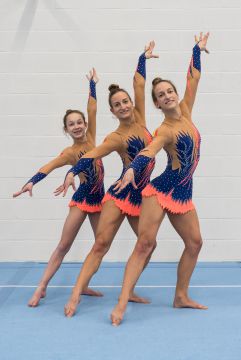 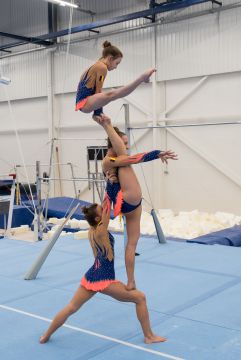 Our Women's group Lena De Moor, Anna Hyde and Eva Hyde are the last team of the Belgian delegation. The girls won the Maia International Acro Cup in February 2018. They are very happy to be part of the Belgian team!

Women's pair Noémie Lammertyn and Lore Vanden Berghe will not be able to compete at Worlds. Unfortunately, after their last World Cup in Maia, Noémie got injured at her feet during choreography. The gymnasts and headcoach Sergey Tretjakov did everything they could to get the girls fit for the upcoming competition. Together with the medical team they decided that, due to the injury of Noémie, it will not be possible for the girls to compete in Antwerp. This competition was their last event together. 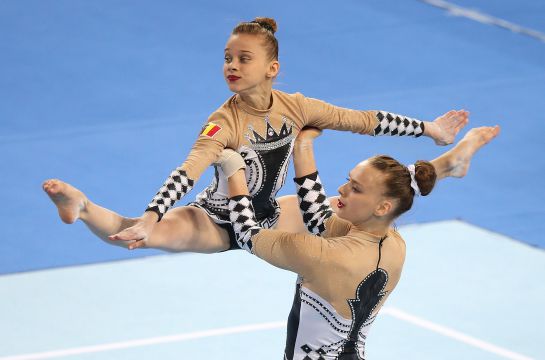 FINGERS CROSSED FOR OUR BOYS AND GRILS!